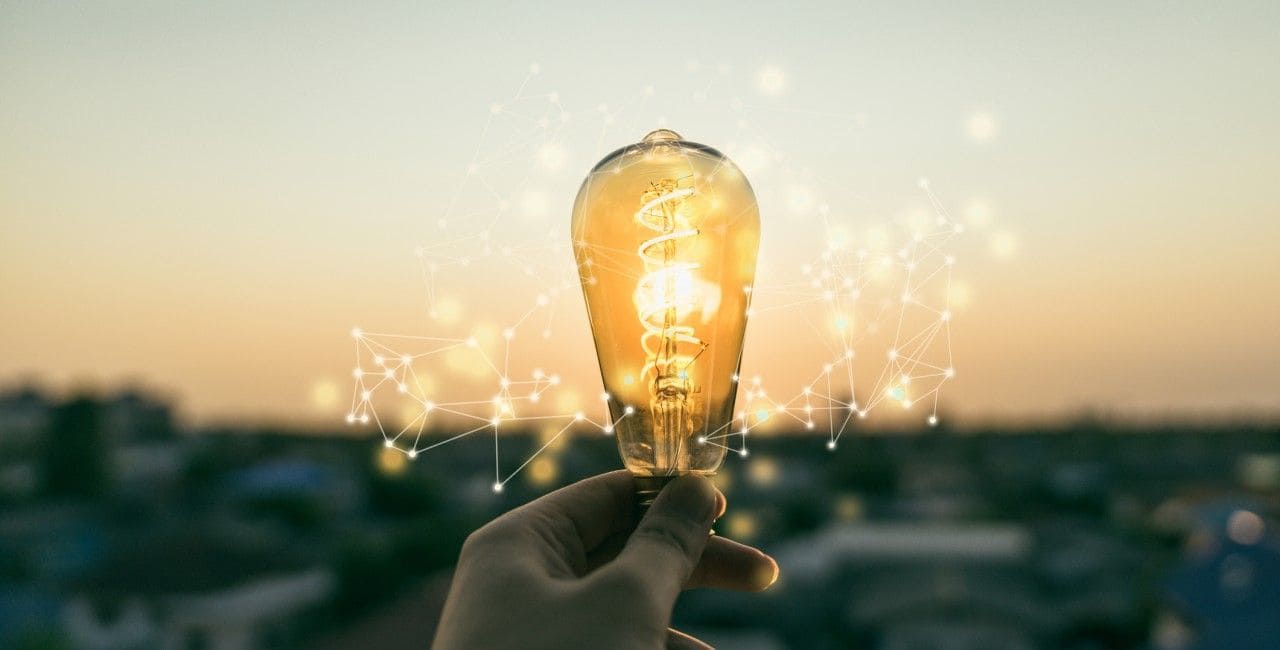 Due to the significant number of new sanctions against Russia worldwide, the likelihood of a new energy crisis has increased dramatically. The thing is that Russia supplies a considerable part of the energy resources on the EU market. By imposing restrictions on these deliveries under sanctions, Europe “warms up” geopolitical instability worldwide. Under such conditions, the cost of electricity, the primary resource for Bitcoin miners, can increase significantly. How will the cryptocurrency mining market change, and is it still possible to make money on it? Fortunately, it is relatively easy to make money by investing in cloud mining, and profits here are almost guaranteed.

Electricity makes up 90% to 95% of Bitcoin mining costs and plays a significant role in determining the profitability of cryptocurrency miners. In turn, profitability is essential for attracting new market players to this area and the overall development of the Bitcoin ecosystem. The prospects for business can develop according to the pessimistic and optimistic scenarios. Still, one fact is already there – the cost of electricity worldwide will continue to grow.

Several factors set this trend at once. One of the central geopolitical instability in the world is expressed in the unprecedented sanctions pressure on the Russian economy. Russia is a significant supplier of energy resources to the European market. The sanctions were introduced to reduce the energy dependence of the EU countries. Still, this process cannot be quick and endowed with a side effect in the form of rising inflation and, in fact, electricity itself.

A good example of rising electricity prices in the EU is reflected in Germany’s average monthly cost of a resource. By the beginning of 2022, it reached its peak in the region of 220 euros per MWh. 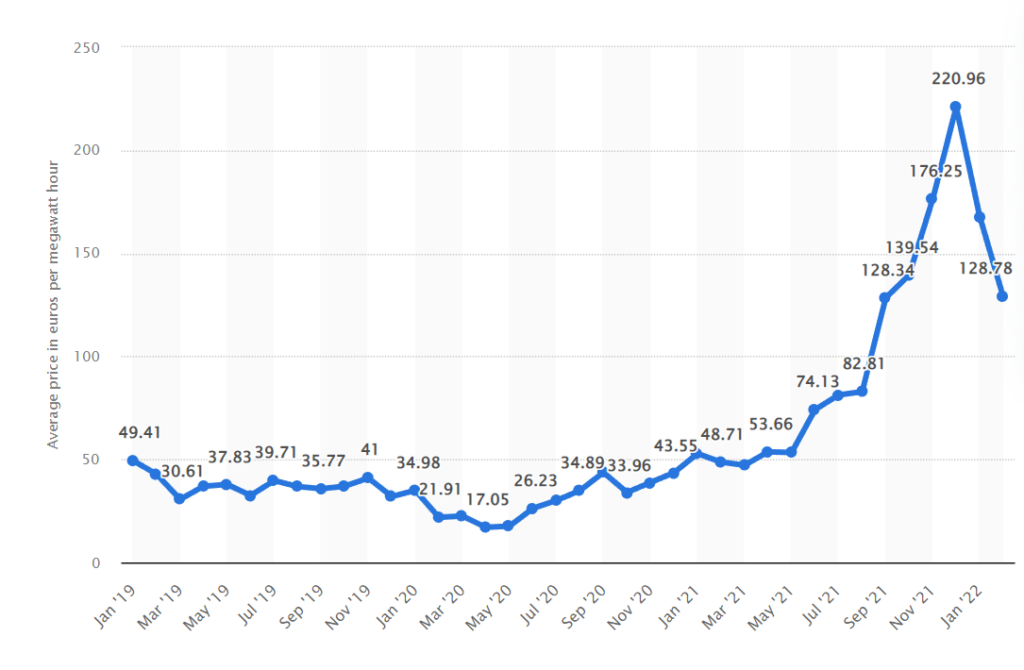 Meanwhile, the situation in the United States is no better – in early June, President Joe Biden even declared a state of emergency in the country due to the critical state of affairs in providing the state with electricity. The White House statement cites Russia’s military intervention in Ukraine as one of the leading causes of the energy crisis. Moreover, the current situation threatens the full provision of consumers with electricity in the United States. 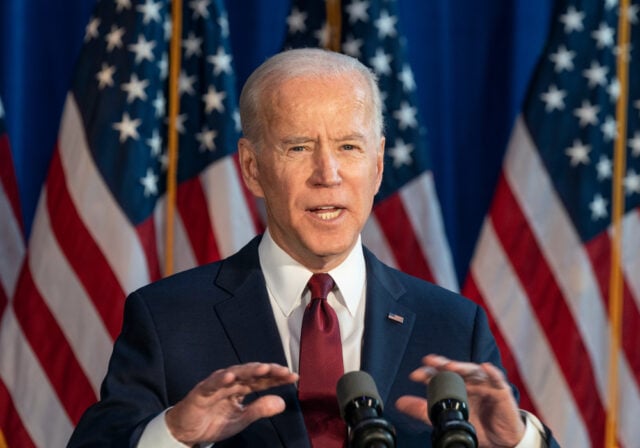 Recall that many of the mining companies are based in America and Europe, so any significant problems with their energy supply can cause an avalanche effect on the entire crypto market. There are only two scenarios for the development of events. One of them is positive for both the market and miners in general. The second is less favorable and may even lead to a significant drop in the value of Bitcoin.

Too high business costs are one reason to leave the market. In the case of miners, too high electricity tariffs in some regions of the world will firstly force small mining centers to abandon their operations completely. They will be the first to be hit precisely because of the relatively small capital in management and the high dependence on the Bitcoin exchange rate.

In addition, amateur miners will suffer, whose BTC mining volume until then only allowed them to pay back the equipment in about a year with a subsequent profit. Such market participants do not have large channels for receiving new crypto farms with ASICs, so they will also be forced to get rid of their devices.

On the other hand, all this opens up new opportunities for those who want to try their hand at mining. The increase in the supply of crypto farms in the secondary market will lower ASIC prices, and the mass exit of miners and small BTC mining centers will lead to a drop in the Bitcoin hash rate. Recall that the hashrate is the total computing power of all devices connected to the cryptocurrency network. The higher the hashrate, the higher the mining difficulty; the opposite is also true. 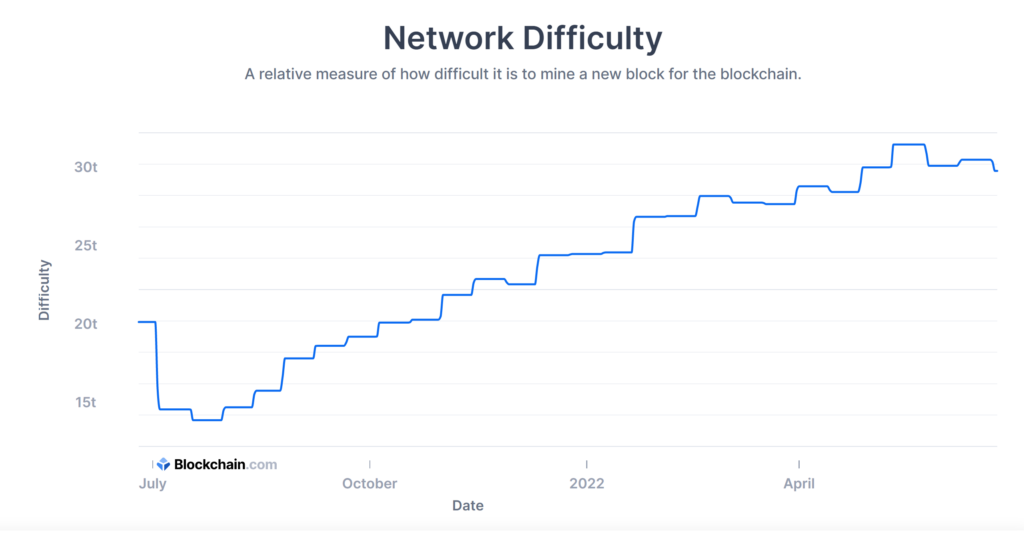 Another point is that the mass exit of miners from the market for one reason or another does not mean big problems or even the collapse of the Bitcoin ecosystem. There is already a precedent in the form of a total mining ban in China last year. Before that, China remained the most critical global mining center regarding hashrate distribution, but the massive migration of Chinese miners outside the country caused a short-term drop in the indicator by almost 50 percent. 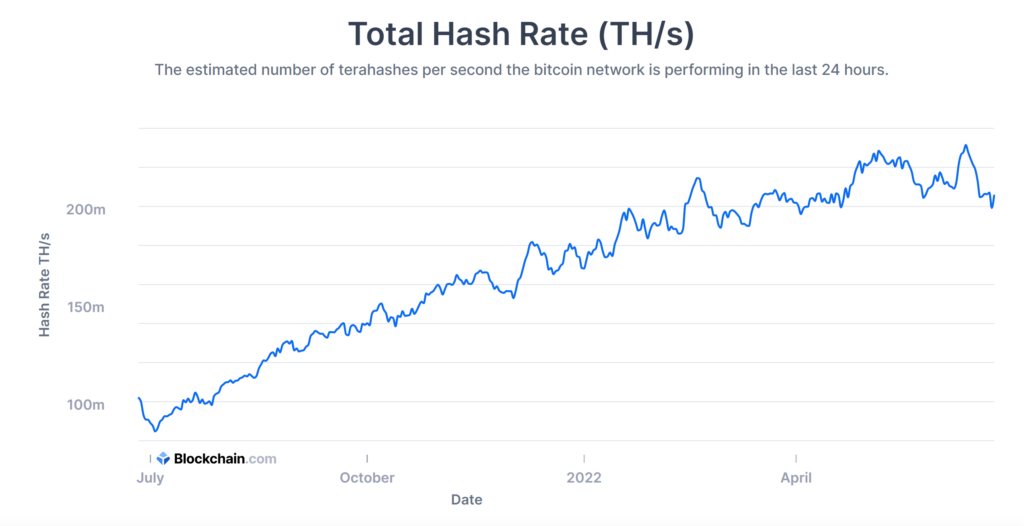 The hashrate reached a local bottom at 84.7 exahashes per second, after which it reached a new all-time high in months. Along with it, the price of Bitcoin approached the maximum, which is clearly seen in the chart below.

That is, a kind of “reset” occurred on the market – some of the miners suspended their work, which made it possible for others to increase their profits significantly. In general, this scenario expresses the main feature of the crisis in the crypto market – if your crypto farm remains “working in the outlet, ” you can soon get a big profit.

The above forecast considers a scenario in which the market has not reached the “critical point” – the moment when too many miners leave their business. Indeed, when they start to close mining centers and sell off crypto farms, many people will want to enter a new niche for themselves. It can be both relatively small companies and individual miners. 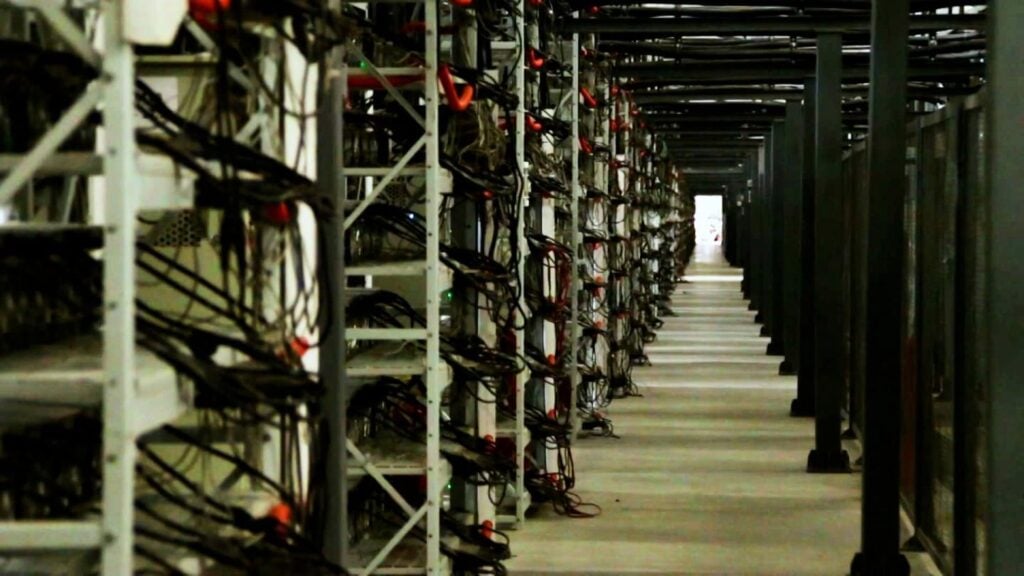 But in a pessimistic scenario, the niche will most likely be occupied by prominent players, also called “whales”. Whales are large companies and corporations that will be interested in Bitcoin mining. They have huge capital and economic potential; they can afford to actually “mine to zero.” Whales can rely on the usual accumulation of BTC and will try to buy cryptocurrencies safely as an additional measure, even if this process does not bring them profit or even a source of losses.

But what is the essence of such a strategy? The fact is that the accumulated bitcoins will not go anywhere but will remain stored in their crypto wallets. Then large miners will wait for a new wave of growth in the price of Bitcoin. It is also possible that they will take a significant part in “heating up” this growth, for example, by buying BTC at market prices to inflate the value and raise the hype. The accumulated bitcoins will play the role of a significant investment, which can then be profitably sold on the bullrun. 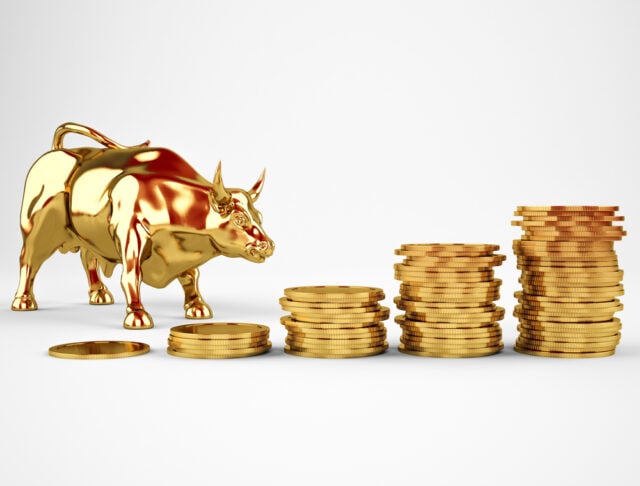 This is an excellent way to earn money for individual companies, but most of the rest of the market players may suffer. Smaller players will be forced to close their businesses when the whales start mining. This will flood the market for used crypto farms, which large companies may well be buying up. The price of “hardware” will fall; that is, the rest of the miners will not even be able to “recapture” part of the costs of their business after leaving the market. Due to the work of large mining centers, the hashrate and complexity will continue to grow; that is, it will be even more unprofitable for amateurs to mine.

Only those who have access to very cheap electricity or vast experience working in such unstable conditions will survive this period. Unfortunately, beginners with no experience in mining are practically doomed to failure in such a pessimistic scenario. However, they can still make money – for this they need to resort to investments in cloud mining platforms.

What will happen with cloud mining?

Cloud mining is the rental of mining center facilities with regular payments of profits from cryptocurrency mining. With this in mind, the feasibility of investing in cloud mining depends on the right choice of platform. Fortunately, our readers already have a great option – cloud mining with Hashmart.

Compared to the competitors, Hashmart has several substantial advantages. Firstly, the mining centers of the platform are located in regions with a low cost of electricity; that is, the looming global energy crisis has practically bypassed the company. Moreover, due to inflation, the cost of electricity in some places even decreased in the US dollar.

Secondly, Hashmart has a strategy even in the event of a significant rise in the price of energy resources. The company will have to rebuild and optimize the production of cryptocurrency. Still, even if the costs affect our customers, they will be included in the price of new mining contracts. Therefore, it makes sense not to postpone the investment and invest in cloud mining – you will learn how to start earning on our website.

Thirdly, Hashmart has excellent scores from most review websites, plus many positive ratings. The company’s good reputation has helped it gain recognition from customers and take a significant share in the cloud mining market. Hashmart is the same whale that has long been providing its customers with the opportunity to organize a convenient source of passive income.

Considering all of the above, investors now have the opportunity to profitably invest in cloud mining, bypassing the risks, thanks to Hashmart. If you also want to invest, do not waste time – the conditions for new cryptocurrency mining contracts may change soon! 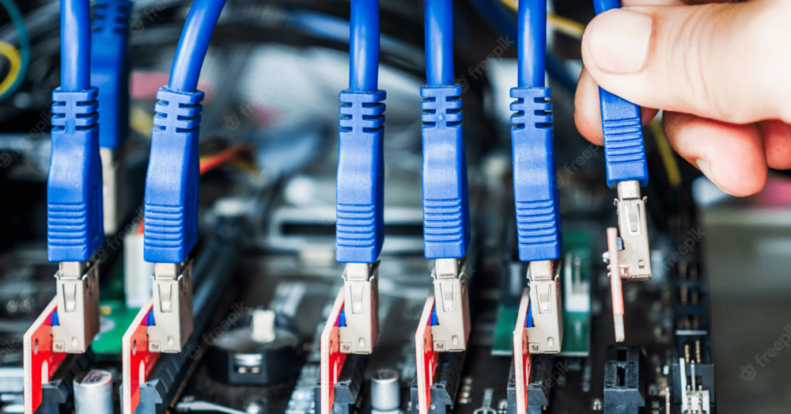 The most promising altcoins for mining in 2022 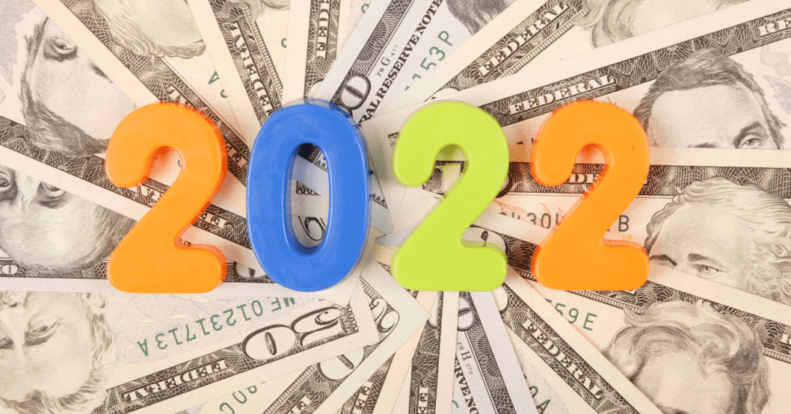 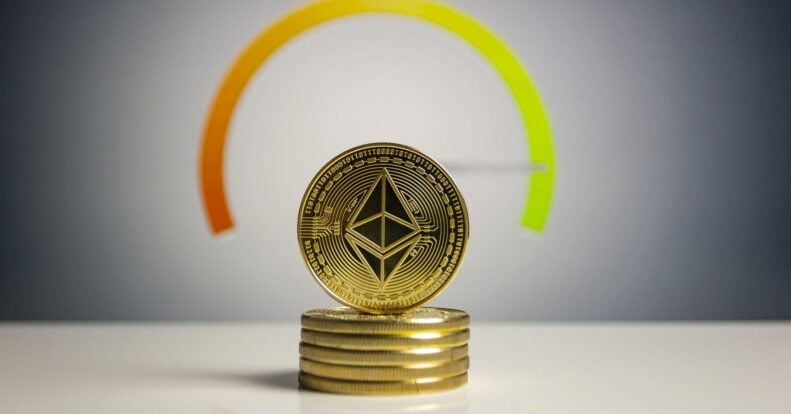 All About Ethereum Staking at Hashmart
Reply
Popular