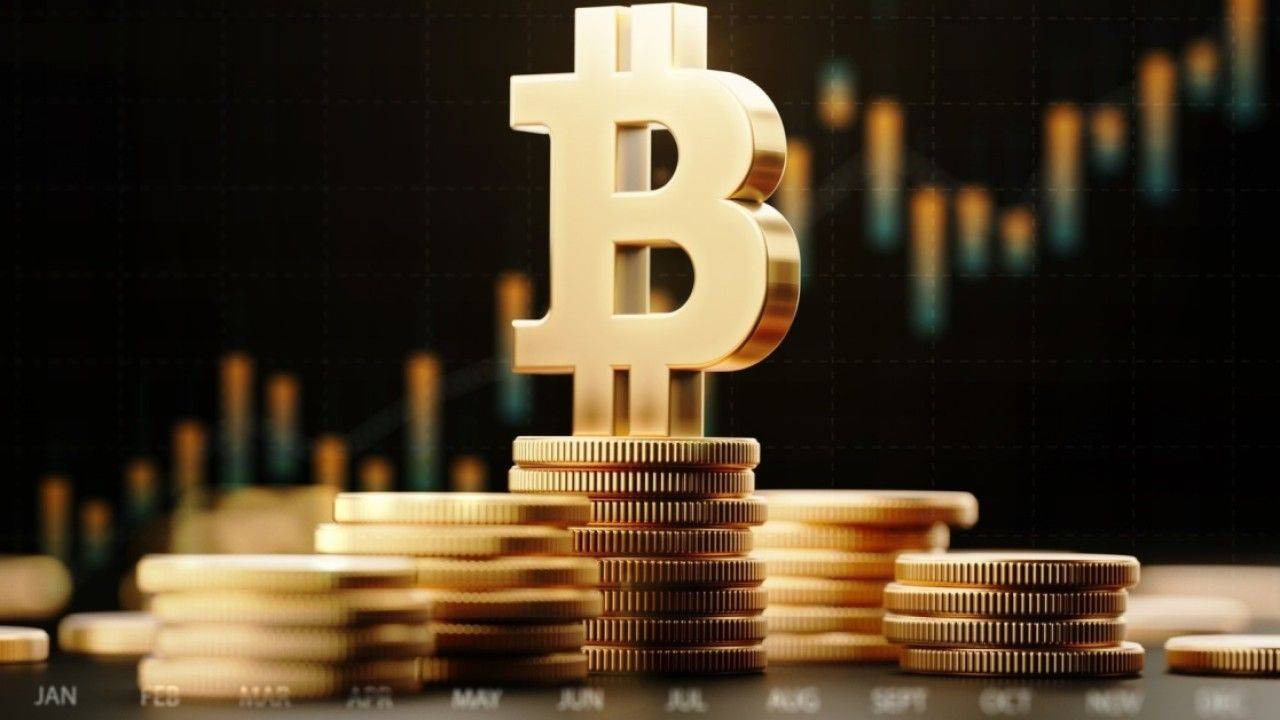 A description of the process of a cryptocurrency company’s IPO. Advantages, disadvantages and consequences of public offerings in the context of the rapid growth of the crypto market.

In April of this year, one of the most anticipated events of the crypto industry took place – the listing of shares of the largest American cryptocurrency exchange Coinbase on NASDAQ. It was preceded by a long preparation of the company itself for the IPO day, the hype around the cryptocurrency market and the explosive development of the entire sphere of digital assets in general. In this article, we will look at the main reasons behind Coinbase’s IPO and the potential benefits of the process for other firms.

What is an IPO?

An initial public offering (IPO) is the sale of a company’s securities to an unlimited number of investors. The company issues its own shares, puts them on the stock exchange and there they can be purchased by any willing individual investor or investment fund. The process of IPO is long and costly, so it is used by the companies that gradually proved themselves. In many cases, all costs are recovered, because an IPO can raise millions or even billions of dollars of additional capital.

The IPO process consists of several stages. The first, preliminary, is the longest and may take up to several years. This is the time for development of the company, maintenance of good financial statements, assets structure, corporate governance schemes, etc. At this stage, analysts are already starting to work out the estimated value of the company after the IPO and its future prospects. 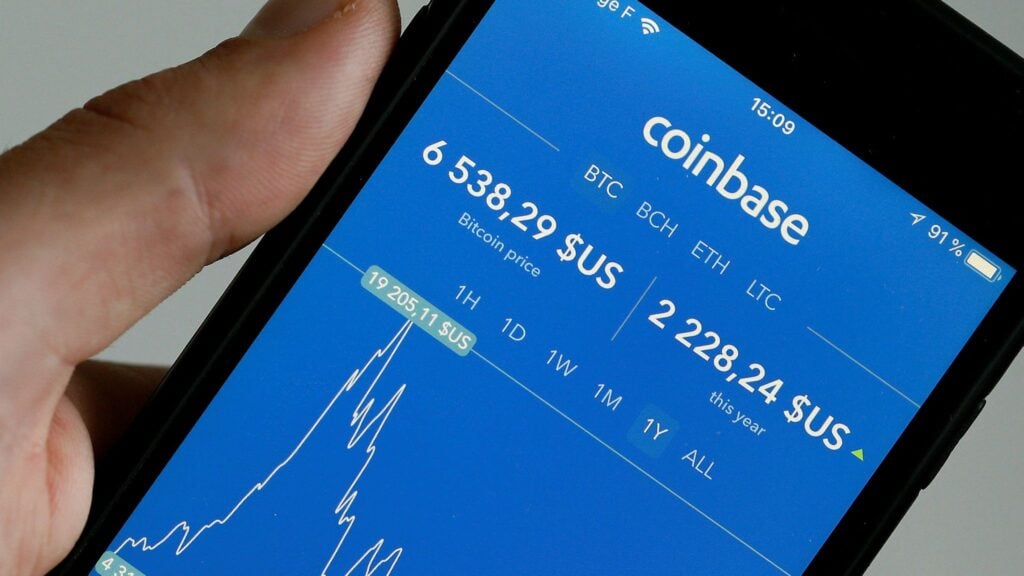 After an in-depth analysis, the company’s management must decide whether the IPO process will pay off after all the costs, and whether the firm can become an attractive investment for investors. If the answer to this question is yes, the company signs a contract with an underwriter. Underwriter is a legal entity that manages the IPO process and the subsequent distribution of securities on the stock exchange.

The contract with the underwriter can be of two types:

After the conclusion of the contract, the next, preparatory stage begins. It is the time when the underwriter meets his obligations and selects the stock exchange where the shares will be listed. The underwriter evaluates the financial situation of the company, determines the necessary volume of share issue, market conditions and so on.

Then the underwriter prepares an investment memorandum for the regulatory authority of the country where the IPO will be held. In the U.S., such authority is the Securities and Exchange Commission (SEC). Investment memorandum consists of detailed financial information about the issuer of the shares, dividend policy and the motivation that pushed the company to make a public offering. If the regulator approves the memorandum, an IPO date is set and the entire process smoothly gets to the finish line. 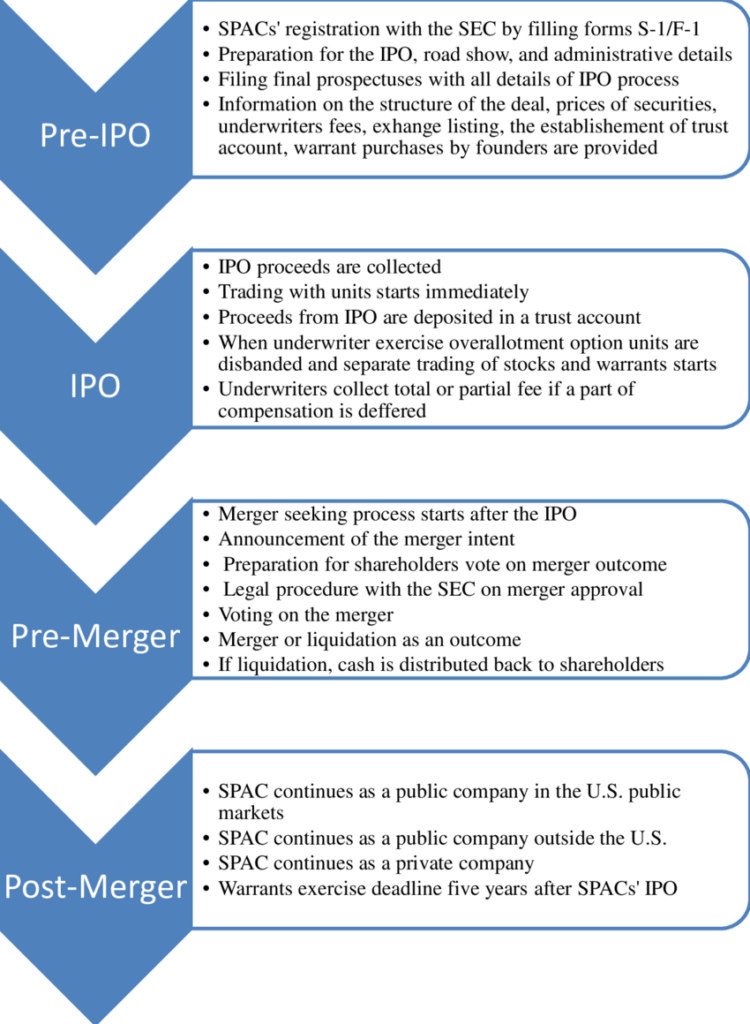 In parallel with all this, an advertising campaign is launched to attract investors to the IPO. During this campaign, the issuer concludes agreements with brokers, conducts meetings with the management of investment funds and many other things.  During this period begins the main stage of the IPO – the company collects preliminary applications for the purchase of shares from major investors before the date of the initial public offering. That is, on the day of the start of trading on the stock exchange, some of the market players already have the company’s securities, including the underwriter. The first investors can both sell the shares and keep them in their portfolio as long-term investments.

Finally, the last phase of the IPO begins with the day the shares first trade on the exchange. Investors soon determine the “fair” value of the company itself in transactions, and analysts can already draw conclusions about the demand for its securities. However, for individual investors, often buying shares in the early days of the IPO can turn into a loss, because the above-mentioned market players, who received the right to invest in securities before the listing, can lower the price of shares by selling them to get a quick profit.

Large cryptocurrency companies are not much different from similar firms in other industries. They need an IPO for the same reasons, the main one being the goal of increasing their own value. The proceeds from the initial public offering go into the company’s balance sheet and lead to an increase in the company’s equity. The influx of new funds after a successful IPO allows the firm to significantly expand its operations and attract even more customers.

Many companies make new investments in marketing campaigns, improving their own infrastructure and overall business performance. All this without the need to resort to debt, meaning that the main purpose of an IPO is to raise a great deal of money without any long-term risk. 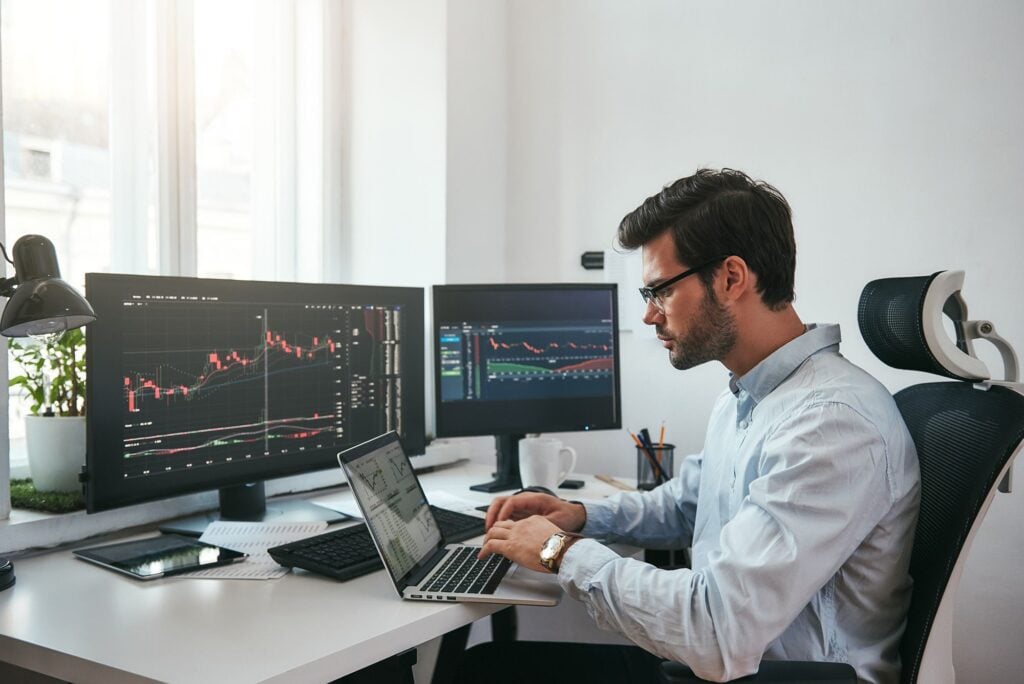 In addition, the initial public offering on the stock exchange significantly improves the image of the company, not only in the eyes of investors, but also valuable employees – the firm has a better chance of attracting highly qualified personnel. Internally, the company also has a chance to improve its corporate culture, especially when employees receive a portion of their bonuses in the form of securities. They can keep the stock for the future to extract additional potential profits.

A few other advantages:

After an IPO, cryptocurrency startups become transparent for evaluation by financial regulators, which plays into the hands of not only the companies themselves, but also the digital asset industry as a whole. For investors, cryptocurrencies gradually cease to be something obscure or too risky, now they too can earn from the growth of Bitcoin and altcoins through direct investments in crypto companies.

The best time to go IPO

Right now, the cryptocurrency industry is going through a bullish growth cycle. Back in late 2020, the price of Bitcoin quickly hit its previous all-time high of $20,000 and rushed upward. By April of this year, the value of the major cryptocurrency had risen to a new peak around $64,000. All this was accompanied by large investments in BTC from companies such as MicroStrategy, Tesla and Square. 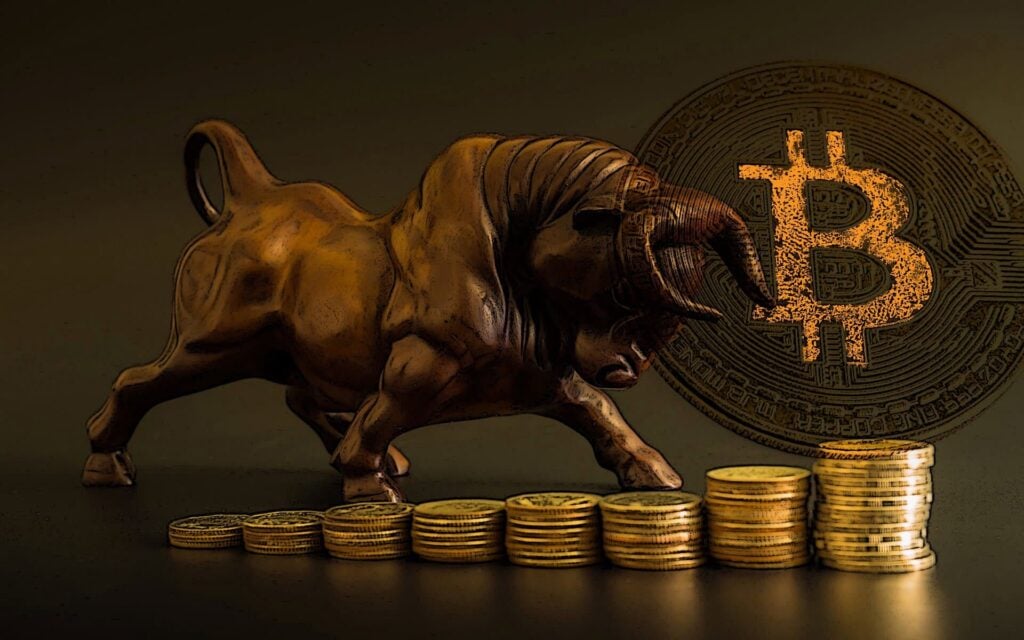 Within a year, the bullrun led to more than a tenfold increase in the price of altcoins, with some coins, such as Dogecoin, breaking all records for profitability in their history. Dozens of financial companies have begun integrating cryptocurrencies into their businesses. Last fall, for example, PayPal introduced support for digital assets on its platform, which, after just a couple of quarters, gave a significant boost to the company’s financial results.

The hype around the crypto market is near its peak in the history of Bitcoin. Accordingly, any products and projects in the field of digital assets attract a lot of attention, even from large investors. And now is hardly the best time for an IPO of cryptocurrency startups. A successful IPO is favored by all of the above factors, so it would not be surprising if we see more filings to the SEC for crypto startups’ initial public offerings in the coming months.

The initial public offering of Coinbase, the largest U.S. cryptocurrency exchange, on the NASDAQ exchange sparked not only among cryptocurrency investors, but also on Wall Street. It was one of the largest IPOs in the history of the U.S. stock exchange. Immediately after listing, COIN shares saw their price rise to a high of around $426, with the company’s capitalization crossing the $100 billion mark.

Coinbase, which was founded almost ten years ago by programmer Brian Armstrong, has grown from a prototype bitcoin exchange service into one of America’s largest public companies – Coinbase is among the top 100 firms in the United States in terms of capitalization.

However, the exchange’s IPO, perceived by many as the starting point of a new wave of Bitcoin bullpen, on the contrary, marked the market’s established maximum. A couple of weeks later, the price of BTC began to fall sharply and almost halved, breaking through an important support level of $30,000. COIN shares are also trading below the IPO price – at the time of writing, the price per security is $262. 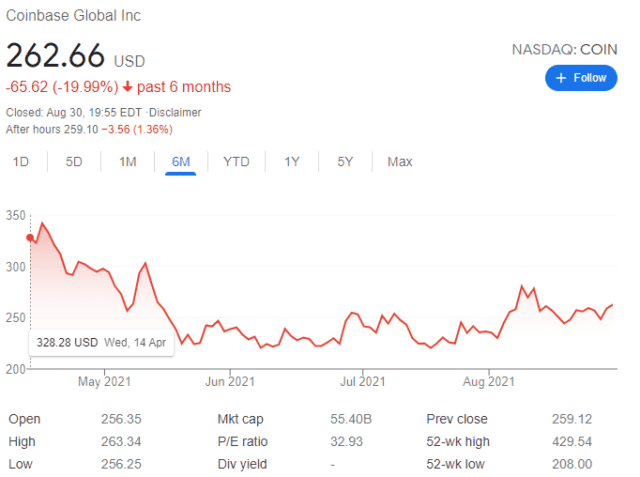 However, the initial goal set by Coinbase’s management was achieved – since the initial public offering, the company has attracted a great many new users and its relationship with the SEC financial regulator has become more favorable. Overall, the IPO initiative was a good decision.

What other cryptocurrency companies will go public?

Coinbase’s success has been an added incentive for other large cryptocurrency companies. They should now put even more effort into their own IPOs to raise capital. Following Coinbase, shares of five major startups may soon appear on the stock exchange.

Kraken is one of the oldest exchanges in the crypto market, so a public offering is a logical transition to the next stage of its development. Kraken’s CEO previously said that the platform’s management is aiming to reach a capitalization of $20 billion. Moreover, Kraken, according to him, should go public as early as 2022. 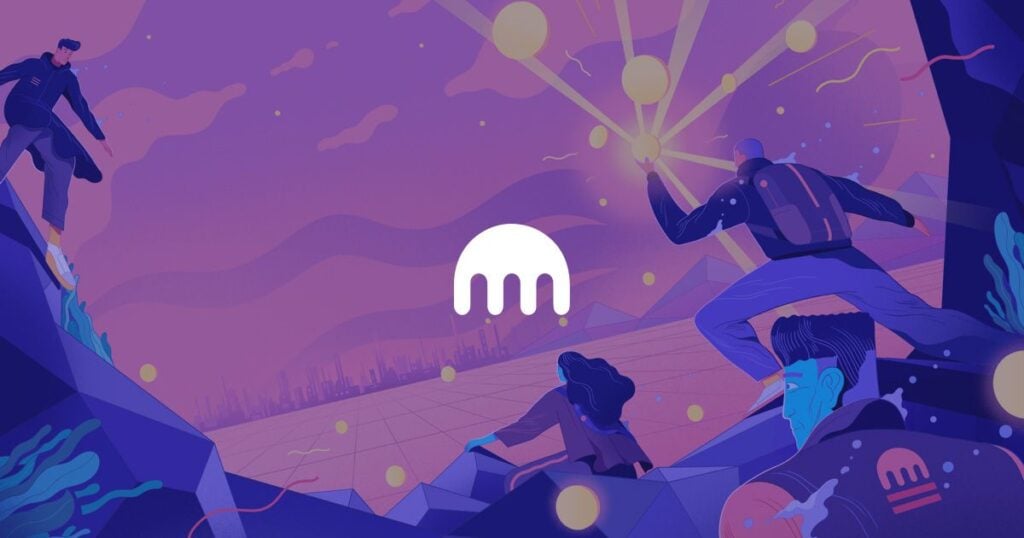 Like Coinbase, Kraken posted record trading volumes in the first quarter of this year, and the number of new user registrations on the platform has quadrupled since the second half of 2020. If the bull run continues, this is a great opportunity for the exchange to accelerate growth in all of these metrics.

Israel-based cryptocurrency broker eToro announced plans for an IPO earlier this year. The process of going public will be secured through a merger with a special acquisition company, FinTech Acquisition Corp, backed by SoftBank. As a reminder, eToro became the first regulated cryptocurrency company back in 2013. 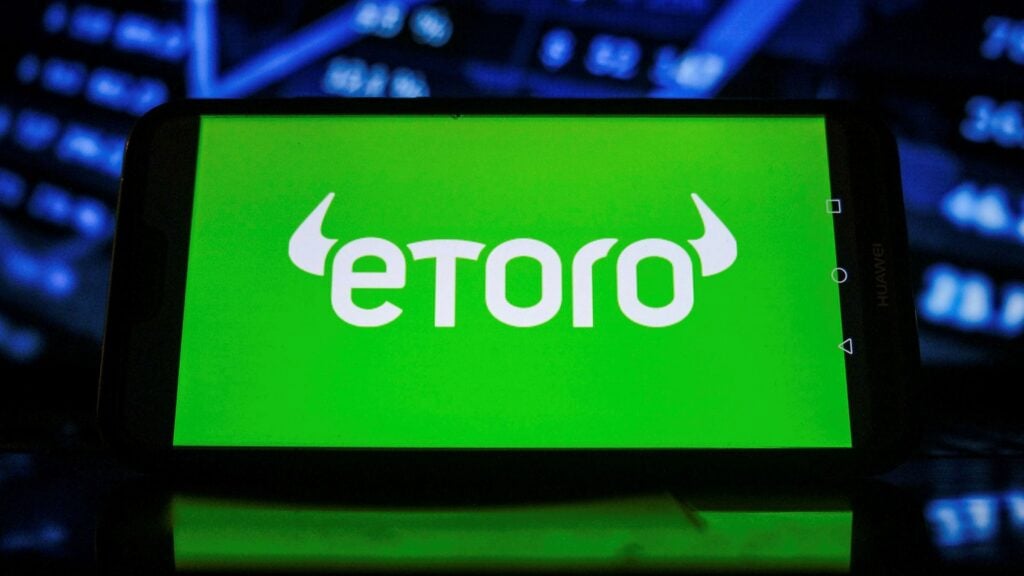 BlockFi’s stock exchange listing began planning back in July 2020, when the cryptocurrency company posted a vacancy for a CFO to develop a “strategy for late-stage IPO financing.” This year, BlockFi CEO Zach Prince said his firm’s IPO could take place before early 2022. 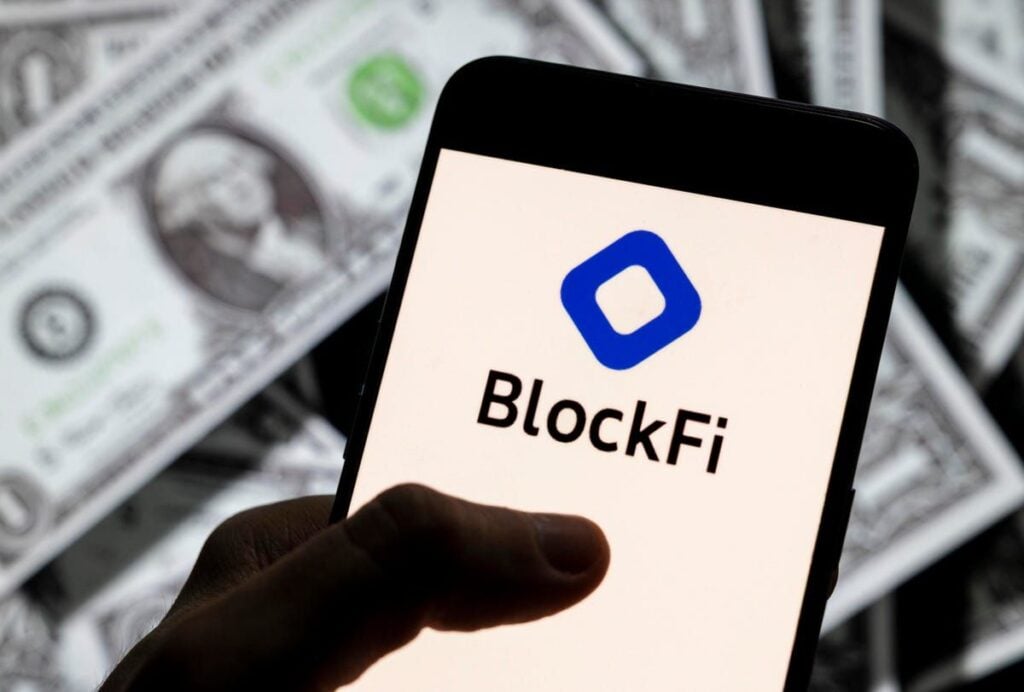 An IPO is a very lucrative mechanism for raising capital for a company that has already established itself in a particular area. In fact, it is the next logical step in the development of the entire cryptocurrency industry. Recall, earlier startups raised capital through ICOs, sales of tokens and other ways, which, unfortunately, are not suitable for large investors. But an initial public offering on the stock exchange opens up more opportunities for all market players.

You can find more interesting information about financial flows on the website of our Bitcoin cloud mining service Hashmart.io! 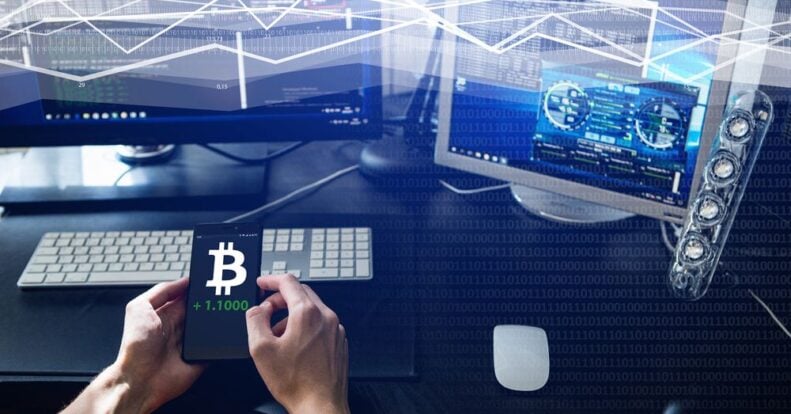 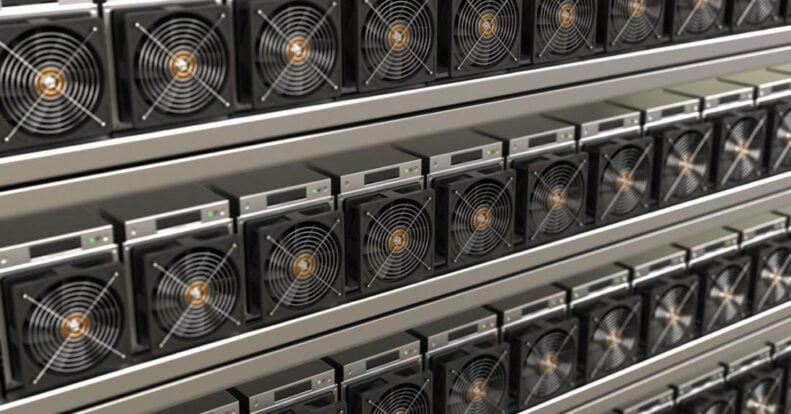 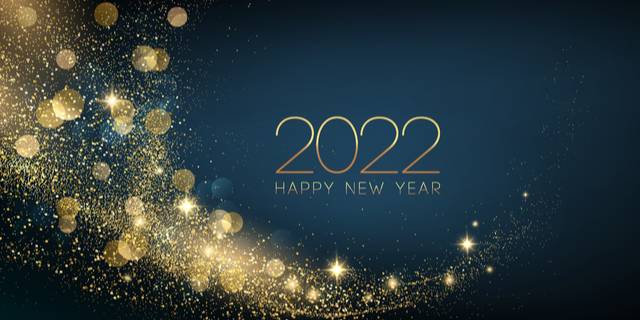